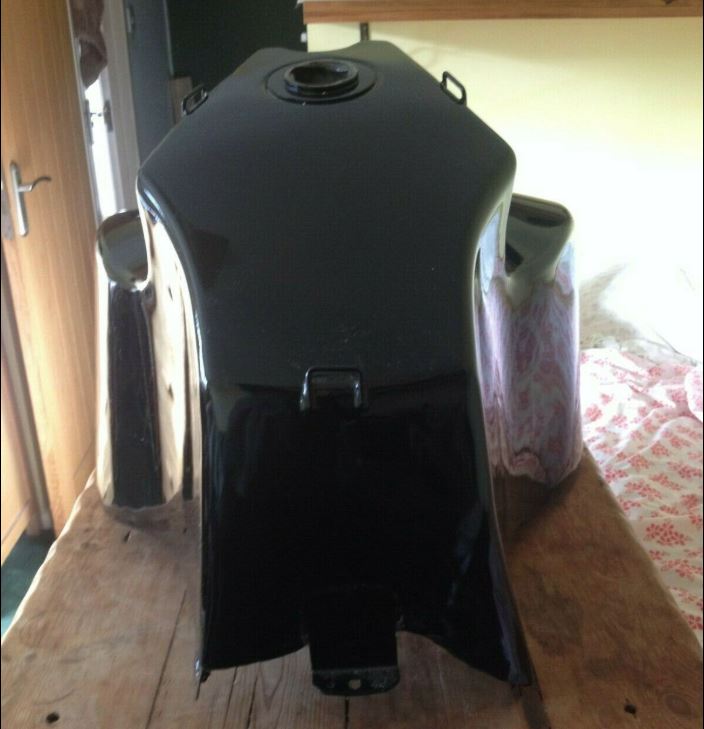 I spotted this XT600 Oversize Tank on Ebay during the Covid19 lockdown. I am always on the look out for interesting items for the bikes that I am interested in, even if I don’t actually own that bike. When I saw this advert, I was completely unaware that such an item existed. The seller described the item as being produced by Metal Mule as a rally tank. He seemed to believe that the tank was either 45 litres or 49 litres in capacity and was possibly number 3 of 4 produced.

I am not entirely sure where he had got this information from, perhaps he had amassed it from his five year ownership, or perhaps information from the previous owner. Anyway, I began researching online. I had heard of the Motoforms tanks, these are large 45/50 litre tanks. For the XT range, they are mainly seen on the Teneres. Ingo Lochert had a 49l 3AJ tank. Someone on the Tenere forum in 2009 ish also managed to track one down. Just this last year I saw a 1VJ motoforms tank on Ebay in Spain, for a hefty sum. Ultimately, I’d seen a number of special tanks, but a Metal Mule tank for a 600e? It was new to me. 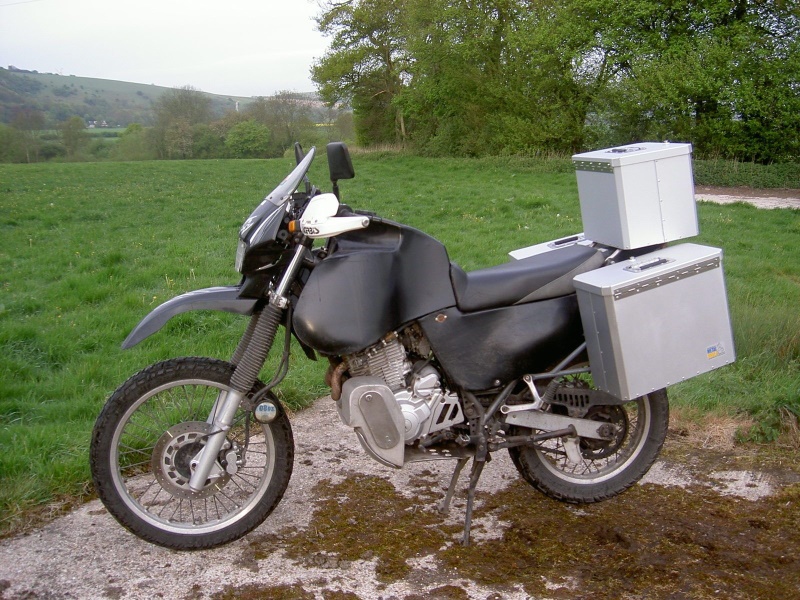 Turning to the internet I was still none the wiser on hard information about the tank. The only real information I could find was the picture of the tank mounted onto a 600e. As far as images go, this was a good picture. It clearly featured Metal Mule’s other products, confirming the tanks source. We could see how the tank fitted to the bike, and the bike was indeed an XT600e. The motorcycle had a curious sump guard with storage container. That would be another interesting piece. However, if we look closely, a seat modification appears to be needed in order to fit the tank.

In terms of appearance, the tank was a bit ugly compared to a modern Acerbis 23l tank. However, I believe a fresh coat of white paint and a a good dose of some of my decals, the bike would look alright. If I were adding this tank, I would also try add a rally raid cowling that extends upwards like the screen.

The owner had listed the tank at a starting price of £55. In my opinion this price was very good. I even sent the guy 2 offers up to a maximum of £75. My thought process: one day I would have an XT600e, I would like an oversize tank on the bike. However, an Acerbis tank would set me back upwards of £300 in the U.K. This would be a good alternative, larger and cheaper, even if it did require a cap and two taps.

In the end, with another bidder interested in the tank, I decided to let the XT600 Oversize Tank go. The extended size wouldn’t be used to it’s full potential on my future bike. The practicalities of collecting the tank and storing it until I had a 600e of my own, outweighed it’s interesting appeal. Someone got a great deal at £55 and perhaps the owner regretted not taking me up on my offer.